Top Ten Tuesday is a meme created by The Broke and the Bookish.  Each week they provide a topic for a Top Ten list. Check out the link to see what topics they have planned for the coming weeks.

For me this was a tough topic to think about. Mostly because ‘never’ is a strong word. There is usually (optimistically speaking) an upside to all situations so I hope I could survive and make the best of each of these character’s situations if I really  had to. Nevertheless, these characters are in bad situations so I wouldn’t be  too thrilled to swap  places with them.

Anyway, on with the list of ten characters I wouldn’t willingly trade places with:

1)    The governess in Turn of the Screw by Henry James

So you get invited to a guy’s house to become governess to his children (Flora and Miles) but he doesn’t want to be bothered with any of the details in regard to how they’re getting on.

Fine. Makes things a tad awkward, but oh well. At least you have a job. But then weird stuff happens. You start seeing people who should be dead and the children do too. Miles goes weird, or is it all in your imagination?

Are the ghosts even real?

Are you losing your mind???

I don’t want to be the governess. It sounds like the job from hell.

The person you admire the most becomes corrupted and gains a very bad reputation. This is heart-breaking. You go round to his house hoping to talk some sense into him and wishing in your heart that he can be saved.  You also hope to borrow a portrait you did of him ages ago because you’re an up and coming artist now with your whole life ahead of you.

That old portrait? You get to see it but…uh…

Your ‘friend’ then stabs you and asks someone to do some weird stuff with chemicals to make your body disappear. Marvellous.

I love you, Basil, but I don’t want to trade places with you.

You’re a doctor who treats patients in a mental asylum. You start to open your eyes in regards to what the world is truly like and end up seeking intellectual companionship from one of your patients. People start to think you are mad and you end up incarcerated in the mental asylum you once worked in.

Sorry, Doc, but I wouldn’t trade places with you.

You opened my mind to what a twisted place the world can be.

4)    Hermione in The Winter’s Tale by William Shakespeare

You’re just hanging out with your husband’s childhood friend, trying to convince him to stay in your kingdom a little longer, and then your husband decides that you are too friendly with his friend so you must have had an affair with him. Jumping to conclusions much? Your own husband puts you on trial and starts claiming your baby is fathered by the other guy. Your baby daughter is exiled, your little son dies and you ‘turn to stone’.

I wouldn’t swap places with Hermione. Her husband tried to read too much into her trying to be nice and things got a bit tragic.

Your betrothed is murdered. Subsequently, men take advantage of you in horrible ways and then your arms are cut off and your tongue is cut out. Just to make things worse your dad keeps going on about hands as if to constantly remind you that you don’t have any.  Oh, and then your dad murders you.

Lavinia, your life is beyond tragic. If I could save you, I would x 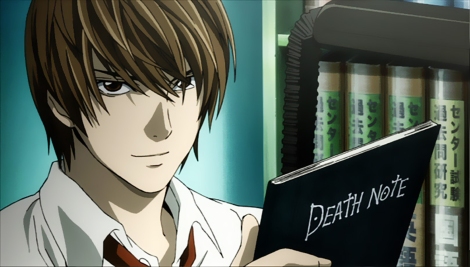 You discover the power to kill people just by writing their name down in a notebook. You could just ignore it and hide it away. Or you could be tempted into trying to use it for good, maybe you could make the world a better place if you rid it of criminals? But then wouldn’t you become the biggest criminal of all?  Maybe notions of what is right and wrong should no longer apply to you; after all, having power over life and death kind of makes  you a god…

Light, Light, Light. The temptation ruined you.  But you were put in a rather incredible situation. I don’t trust myself enough to test my morals and logic in that situation so I wouldn’t trade places with you.

7)  Smaug in The Hobbit by JRR Tolkien

You like gold A LOT. But people don’t appreciate your presence. You’d leave them alone and just nap amongst shiny things if they would just let you have ALL THE GOLD, but no. To top it all off, you have no friends or family nearby to chat to and share your worries with (such as the fact dwarves want to poke you).

Being a fire breathing dragon who everyone hates just doesn’t seem that fun.

8) Raffe from Angelfall by Susan EE

Your wings were painfully removed  from your body. Your wings were part of your identity. Plus, they’re an important part of your anatomy, how are you meant to fly and do angely things? You feel mutilated. Now you can only  stare at your detached feathery beauties and mourn them. Sad times. And then when you try and get them reattached worse things happen.

Raffe, you managed to still deliver witty lines and be stunningly brave through your pain but I don’t think I’d be able to maintain my inner strength in that situation.

9&10) Jonathan  and Mina Harker in Dracula by Bram Stoker

You go visit a guys castle in Transylvania so you can help him out with his move to England. Turns out he has weird ladies who would like to drink your blood in his house. He’s also a pretty weird bloke himself, actually.

Later on the weird guy starts drinking your wife’s blood and feeds her hisblood (because that has no sexual connotations AT ALL). Oh, and you are actually in the room when some of this happens.

Your husband to be goes away on business for a bit but then ends up in a right state. Your friend also dies and comes back as a vampire. Terrific.

Then Dracula, the guy who let your husband be terrorised by Vamp Ladies, threatens to kill your husband and then proceeds to drink your blood and force you to drink his. Now you have a freaky mind link with the guy.  Just what you always wanted! Not.

Your life is not fun, Mr  and Mrs Harker. Not fun at all.

What about you? Are there characters you would refuse to swap places with?

This site uses Akismet to reduce spam. Learn how your comment data is processed.